How To Include More Than 2 Approvers

Written by Elston Yee
Updated over a week ago

Currently, Forma's approval Plug-in caters to a 2-level approval process. You can read more on how to use the Approval plug-in, customise approval emails and review approval requests here.

In this example, we're including 3 approvers in this process.

Double-click on the first Approval Plug-in. Then, you should disable the Successful Email as shown: 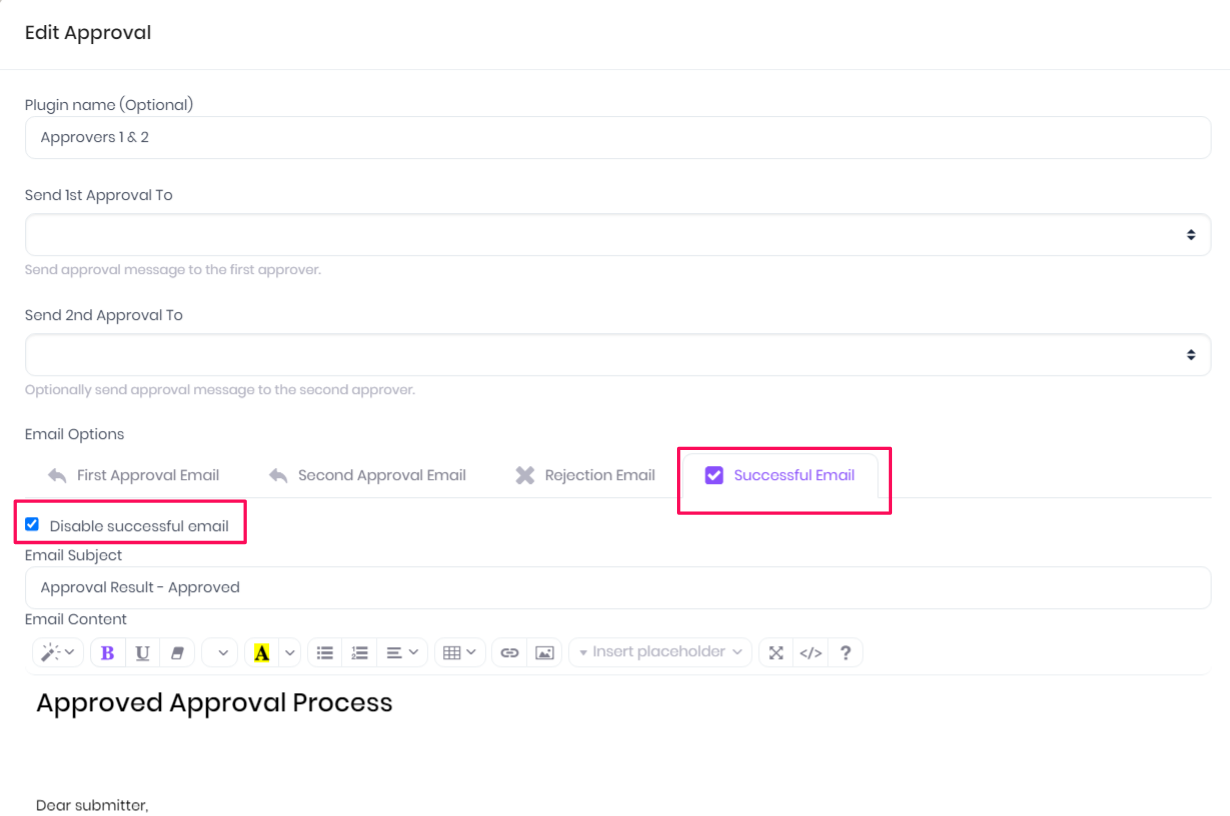 On the other hand, the Rejection Email can remain enabled. That way, if the 1st or 2nd approver reject the request, the requester will be notified immediately.

You should also indicate the approvers' names, as well as the email contents according to these guidelines.

Double-click on the second Approval plug-in.

In this example, since we only need 3 approvers, we'll proceed to disable the 2nd Approver email as follows. The rest of the emails should remain enabled. 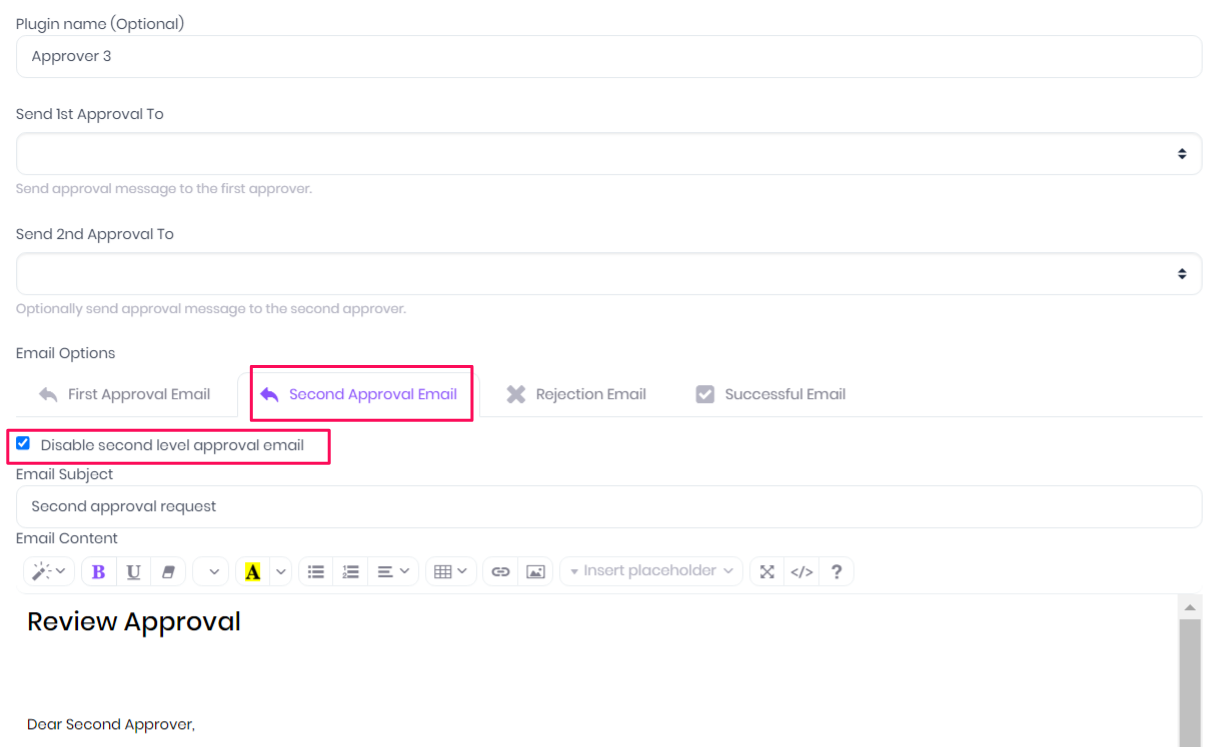 You should also indicate the approvers' names, as well as the email contents according to these guidelines.

Did this answer your question?